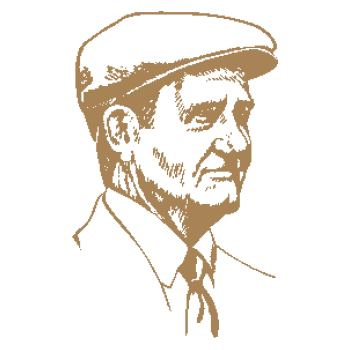 Our story began in 1984. At the time, the bourbon industry had yet to recover from Prohibition, even though it had ended 50 years earlier. To pick itself back up, the industry needed to innovate, find new products and attract a new clientèle. Elmer T. Lee, then the master distiller for Buffalo Trace, was tasked with creating a very high-quality single barrel bourbon. Re-introducing the entire world to the finesse and complexity of premium American whiskey was a bold challenge. No single barrel bourbons existed at the time.

At the start of his career, in the 1940s, Elmer had worked alongside Colonel Albert B. Blanton. Blanton kept his personal stock in Warehouse H, where he would regularly pour himself a dram, straight from the cask. It was from this warehouse that Elmer decided to choose the single barrels that would create Blanton’s. In the mid-1990s, the concept of premium bourbon was adopted by many major distilleries in Kentucky. In 1995, our Blanton’s Single Barrel Bourbon joined La Maison du Whisky’s portfolio. In France, fans of luxury spirits immediately welcomed this exceptional product with open arms.

We have a special relationship with La Maison du Whisky, which has supported Blanton’s in every one of its projects. Over the years, we have developed a real bond. One of the best examples of this partnership is Blanton’s Straight From the Barrel. In 2002, Thierry Benitah, managing director of La Maison du Whisky noticed that there were very few cask strength bourbons on the market and suggested we create one. One year later, the cask-strength, unfiltered Straight From the Barrel was born. This American whiskey, which is generally over 65% ABV and characterized by notes of candied fruits and nutmeg, is today adored the world over. Widely thought of as one of our best versions, this expression would undoubtedly never have been created without La Maison du Whisky.

La Maison du Whisky is selecting limited editions for its Creation Catalogue, a challenge that constantly drives us to push our boundaries.

ALCOHOL ABUSE IS BAD FOR YOUR HEALTH,
PLEASE CONSUME IN MODERATION.